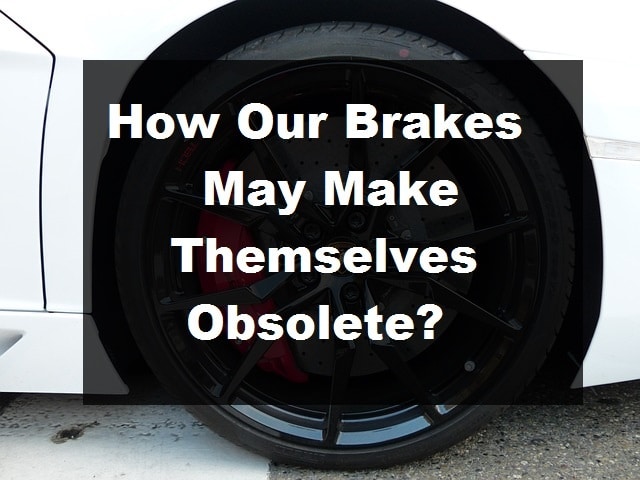 How Our Brakes May Make Themselves Obsolete?

The original brakes were strictly mechanical. They stopped the car, sure, but since the first cars only went about two miles per hour, it probably wasn’t as big of a deal as it is now.

Today’s brakes didn’t happen overnight.  You have the invention of anti-lock brakes. That was back in the stone ages of the 1970s when many cars still didn’t have air conditioning.

The old mechanical lock-up that caused many wrecks became a thing of the past when anti-lock brakes were standardized.  You could hit the pedal and know with much more certainty that your car would stop.

Then Toyota started toying around (pun intended) with what became vehicle stability control in the 1990s. It took a good 15 years or more for it to become a required part of every road vehicle.  Most modern drivers wouldn’t know what to do without it.

Electronic stability control and traction control are so integral to our driving that, as soon as we became used to them, we ceased to think about them. Many drivers have never known a time without these devices.

ESC and TC rely, in part, on our brakes.  Suddenly our brakes are no longer just slowing or stopping the car.  They are in use potentially hundreds of moments along the drive. 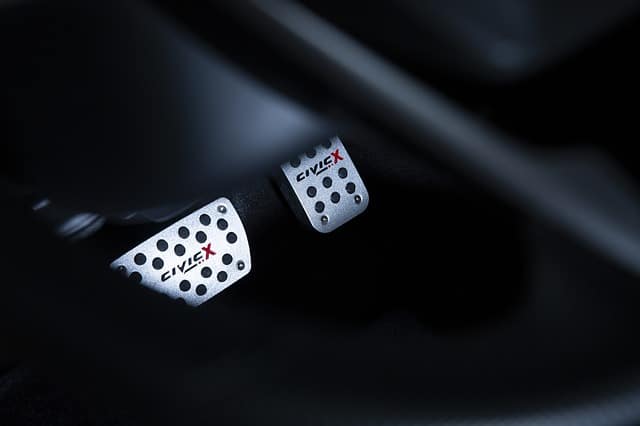 Brakes Help in Many Ways

Each time you hit a slick surface, the controls will selectively brake wheels to gain traction.  This happens on curves, turns, and stops.  Whereas the original brakes were an all-or-nothing kind of device, the new controls allow the brakes to become responsive to subtle commands.

There are other electronic wonders, too, such as the ability of modern brakes to become stronger when the system senses that the driver is in a bad situation. Driving simulators adapting virtual reality help optimizing these car sensors in order for the brakes to be as efficient as possible.

You slam on brakes and the vehicle responds by offering up extra stopping power. If all this talk of what brakes can do has you thinking about brake maintenance, you are smarter than many drivers.

Four-wheel off-roaders, be they Jeep Wranglers or Ford F150s, tend to have downhill descent control.  This does the braking for us.  The driver just pushes the button, and the SUV or truck maintains the safest possible downhill speed.  That’s not only a safety device. That’s a transmission-saving system.

Enter crash avoidance systems.  The blind spot monitor, one of the first, was just a blinking icon on a side mirror.  Then came the lane departure warning which would sound off if it recognized that the wheels were turning the vehicle into another lane.

Now these two systems are semi-automated. That means they have some steering power. To make this effective, it tugs at the steering wheel. It also uses -- you guessed it -- selective braking on the inner wheels.  Honda developed a road departure system which slows the car if the sensors notice that the wheels have left the pavement.

The forward collision warning has been developing alongside these other devices. It was first just a signal to the driver, but now it is just as often hitting the brakes for the driver.  Alongside that, car companies developed adaptive cruise control which knows how to slow, stop and go again.

Then we get to the self-driving systems that are coming online faster and faster.  These systems put lane watches and forward watches together to allow the vehicle to move autonomously.  While steering and transmission play a role, it is the brakes which really get a workout.

Ironically, just as brakes become the real superpower of our SUVs, people may forget they exist.  If the car drives itself, people won’t ever have to slam on brakes again.  Quietly and consistently the brakes will do their job without anyone noticing.

In a sense, brakes will become obsolete as people simply forget they exist.  That’s progress, I guess.

How to Maintain Your Braking System