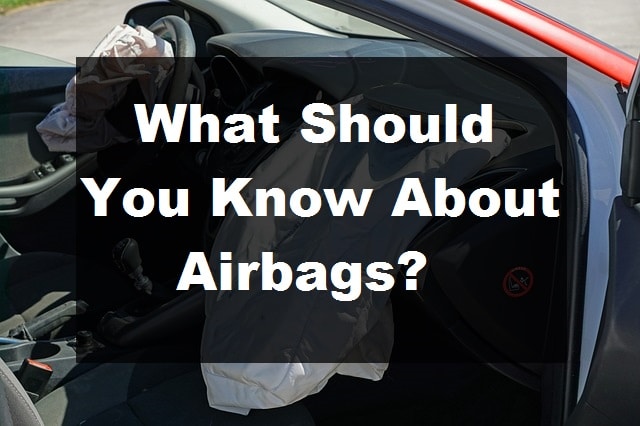 What Should You Know About Airbags?

When you buy a car, it’s likely advertised as having several types of airbags. Airbags can be an important safety feature if you’re in an accident. They can reduce the severity of some of the common types of car accident injuries.

At the same time, airbags can themselves cause injury.

The following are key things to know.

If you’re in the market for a new car, you might want to get familiar with the different types of airbags.

First, there are side airbags, which, as you might think, protect you from side impact.

In newer cars, there are usually two types of side airbags.

The first is a torso airbag, usually located on the side of the seat. You’ll typically only find these in the front seat, although some high-end cars do put them in the backseat.

In some newer General Motors vehicles, there’s a type of side airbag called the front-center airbag.

It’s between the front seats, and it’s meant to protect car occupants if there’s a collision on the opposite side of the car.

The airbags we most commonly think, of course, are dual front airbags, which have been mandated in the U.S. since the 1990s.

These airbags come from the steering wheel if there’s a collision. Newer cars will often have a weight sensor for the passenger seat in the front of the car.

Some car companies, including Toyota, introduced knee airbags. The idea is that they can help prevent your kneecap from shattering if you’re in a frontal collision.

One of the news introductions to the world of auto safety isn’t an airbag, but it’s an inflatable seat belt.

Ford recently introduced this product, and it functions like an airbag in that it only deploys if you’re in an accident. The goal of the inflatable seat belt is to spread the force of an accident over a wider area of someone’s body.

Can Airbags Cause Injuries? 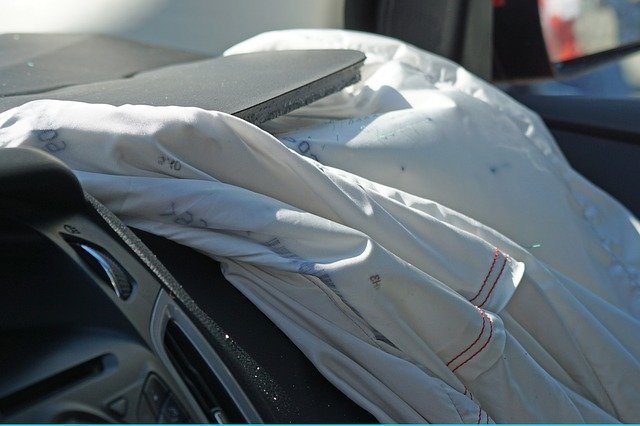 While airbags can be life-saving in many cases, they can also cause their own injuries. Some of the injuries commonly caused by airbags are:

Should You Ever Disable Airbags?

It should be reiterated that airbags are an integral part of the overall safety puzzle when you’re in a car, but are there ever times you should disable them?

If a child were in the front seat, an airbag could be very dangerous to them. With that in mind, children should always travel in the backseat. If there’s some reason a child under the age of 12 has to ride in the front seat, you should disable the airbag.

What about when you’re pregnant? Many women wonder if they should disable the airbag during this time.

The recommendation, unless you hear otherwise from your doctor, is that you keep the airbag operational when you’re pregnant. However, try to put some space between your abdomen and your steering wheel or dashboard. You can do this by pushing your seat as far back as you comfortably can while still being able to drive.

The American Congress of Obstetrics and Gynecology recommends pregnant women have their steering wheel at least 10 inches from their breastbone.

When you’re pregnant, if you’re in a crash, you’ll be safer if you have a functional airbag instead of not.

In a study conducted at the University of Washington looking at more than 3,000 accidents, there was no higher risk for c-section, placental separation, or fetal distress in women whose airbags deployed.

Finally, while it’s a small risk, you should also be aware that airbags can and do malfunction sometimes.

An airbag could fail to deploy or could incorrectly deploy because of a problem with the crash sensor, for example. In these situations, depending on the specifics, if you or a passenger is injured, you may have a viable personal injury claim.

Overall, airbags are an important part of car safety. There are few reasons, if any, that you should consider disabling your airbags, including even being pregnant.