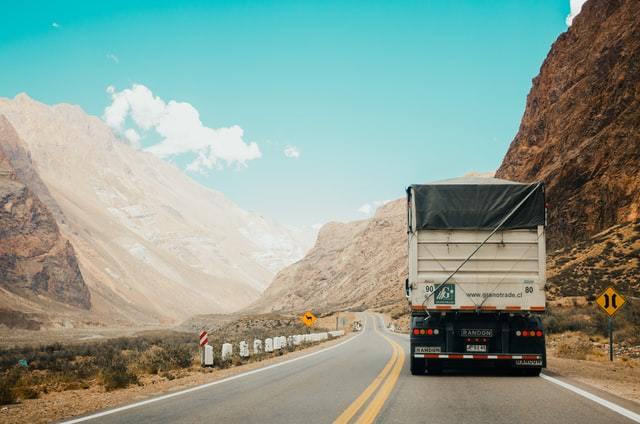 Large truck accident statistics are scary. And they happen a lot—much more than they should. Most statistics are assembled from data from the U.S. Department of Transportation and the National Center for Statistics and Analysis. They are an unsettling reminder we share the streets with vehicles capable of inflicting life-changing injuries in just a split moment.

Statistics can clarify what we already think or highlight facts and directions we may not have realized existed. Truck accident figures reveal, in particular, the differences between accidents involving automobiles and those involving large trucks.

According to the National Safety Council, large trucks are medium or heavy vehicles with a gross mass of more than 10,000 pounds, including commercial and non-commercial trucks.

The weight, mass, and often dangerous cargo of a truck make them the most hazardous road companions we have.

The first step to being informed about road safety is to have access to facts. Therefore, let’s look at the ten most disturbing insights gathered from info and crash statistics for 2019—the most recent year available. Maybe we could figure out the most prevalent causes of heavy truck accidents and the best approaches to improve the numbers to make the world a safer place.

1. 5,005 individuals died in accidents involving large trucks in the U.S.

According to the National Highway Traffic Safety Administration, the number of people killed in heavy truck crashes increased by 31% in 2019 compared to 2009. Since 1975, when data on fatal crashes began to be collected, 2009 has had the lowest fatalities. The number of people killed in collisions involving heavy vehicles climbed by 2% from 2017 to 2018, then remained roughly constant from 2018 to 2019.

2. People who were not in the trucks made up 97% of the fatalities in accidents involving cars and heavy trucks.

Most people killed in two-vehicle collisions involving a passenger car and a large truck are the passengers in the car. Passenger mortality percentages have been known to demonstrate a significant rate of fatalities in passenger vehicles. Thus statistics have altered little in the last decade.

The vulnerability of persons riding in smaller vehicles is a critical issue. Trucks are often twenty to thirty times the weight of cars and are bigger with higher ground clearance, resulting in vehicles underriding trucks in collisions.

3. 81% of the large truck fatal crashes were multiple-vehicle crashes.

4. Almost 30% of large-truck drivers engaged in fatal collisions had previously been involved in a crash.

The percentage (22.9) is higher compared to drivers of other vehicle types. For example, NHTSA says that the rate of previously recorded crashes for motorcycles is 22, while for passenger cars is 18.9; and for light trucks is 17.8.

5. Nearly 20% of all large-truck drivers involved in fatal accidents had a prior speeding conviction.

The percentage is slightly higher than passenger car drivers involved in fatal crashes (19.9% vs. 18.8%).

6. 118,000 heavy trucks were engaged in crashes that resulted in injuries and ended up injuring an estimated 159,000 persons.

According to statistics by gender, male drivers also accounted for 67% of large truck passenger deaths.

10. In 73% of fatal collisions involving heavy trucks, a collision with a moving vehicle was the first detrimental event.

The U.S. trucking industry continues to grow; nearly 70% of all freight is transported by truck. According to NHTSA, in 2019, there were 13,085,643 large trucks registered. We are highly dependent upon large trucks, and, unfortunately, experts predict that road traffic crashes will be the fifth most common cause of death in the world by 2030.

Sean M. Cleary is a Miami truck accident attorney, the founder, and president of the Florida-based The Law Offices of Sean M. Cleary. He has over 20 years of experience representing truck accident victims and is a member of the Multi-Million Dollar Advocates Forum.

What Would a Person Do at The Scene of A Car Wreck?