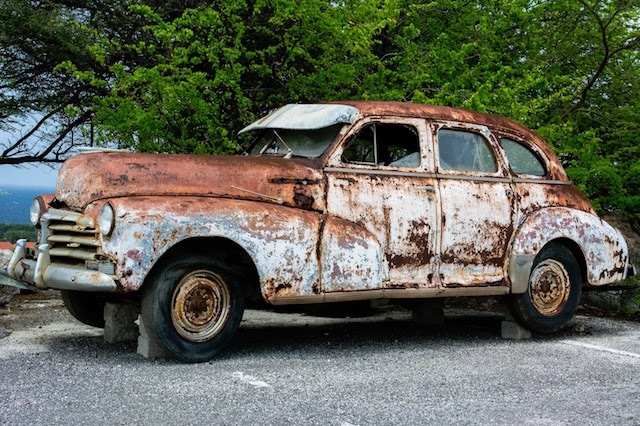 Cars are amazing machines. There’s no arguing about that. And it’s really easy to become attached to these prime examples of what human engineering is capable of. Modern cars are miles better than previous models, with each new year yielding a surprising amount of new technologies.

Yet, in spite of all these advancements in technology, there’s still a problem that has been lingering through the years since cars have become the land vehicle of choice. It is like a vengeful ghost, unable to find resolution in death, and the same is true in life — rust.

Rust. The bane of all car owners. Some may argue that cars built from fiberglass and aluminum do not suffer from rusting. However, it’s important to point out that the vast majority of car owners do not have the kind of money it takes to buy cars made from these materials, especially because fiberglass and aluminum are both expensive materials. Not only that, but cars that are made from these materials are even more expensive to manufacture. It simply isn’t a practical solution for the average consumer.

What Exactly Is Rust? 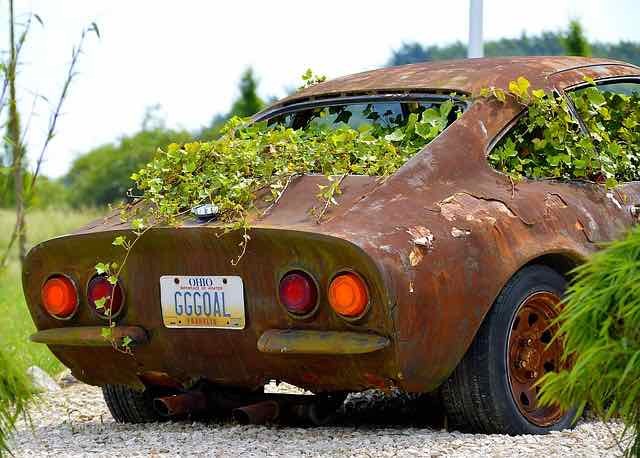 Rust is like a silent assassin that comes in the dark of the night. It is insidious and it eats away at a car slowly. Rust is the result of metal oxidation. Iron oxidizes and forms a reddish-hued substance which compromises the structural integrity of metal. This often happens when metal is exposed to water for prolonged periods of time.

Most car restoration specialists have to solve this problem with traditional rust removal techniques. These conventional methods usually take two hours to accomplish on a car grille. That’s two hours spent on a car part that’s usually only a foot long. And we aren’t even talking about doors and fenders yet.

However, with new laser rust removal technology, what once took two hours to finish could be done in a couple of seconds.

Laser rust removal is achieved through a process called sublimati​​​​​​​​​on; basically, a solid turns into a gas without first becoming a liquid.

A prime example of sublimation can be seen when the top layer of ice turns into steam without melting.

High frequency bursts of microplasma coupled with extremely high thermal pressure and the use of shockwaves are all made to work harmoniously (when set to a specific depth at which to operate) in order to eliminate the top layer of a surface. In essence, the laser is able to simply burn away any substance that covers the metal.

The laser isn’t just effective on rust either. It’s also capable of melting away the top layer of paint and filler. As the top substance is melted away, the vaporized particles are then sucked into a built-in vacuum system, thus ensuring that not even rust residue will be left on the treated surface.

Instead of having to disassemble the car, and having to sandblast the rusted area before doing refined grinding, car restoration specialists simply have to aim the laser at the area that needs to be treated, activate the laser, and within minutes the rust is removed. This not only saves a lot of time, but labor as well.

As production time is hastened, the revenue, in a similar manner, is significantly increased. Sandblasting and grinding are two processes that are tiresome and time-consuming. The fact that a rust removal project that would normally take hours to perform should already give an impression of the scope of the task, a task that is so effectively expedited by this new technology.

However, despite this benefit, laser rust removal treatments come with one major drawback. The price of a basic laser rust removal kit starts at $80,000, which is more than enough to buy a brand new car, like the ones from this Parma Ohio and greater Cleveland area Ford dealer. Buying a laser rust removal kit is only justified if the person buying the kit intends to use it to further bolster his car restoration business.

The practicality of buying this new technology is significantly diminished for personal use. While it’s true that it could increase the rate at which rust removal projects are performed, the high cost, as well as the spike in energy consumption would discourage those who do not already have a car restoration business.

Covering Your Car: The Ultimate Reasons

Tips to Take Care of Your Used Car