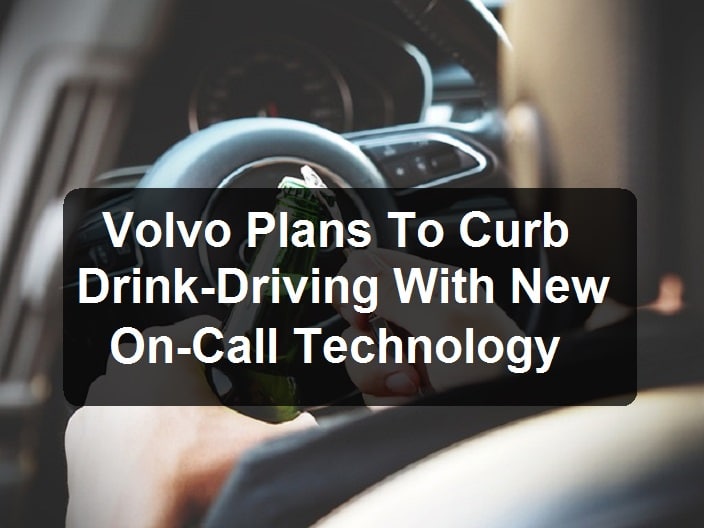 Drink driving is responsible for 29 deaths on America’s roads every day, according to the Centers for Disease Control & Prevention (CDC). But this figure could significantly drop over the coming years thanks to Volvo’s new On-Call technology that is designed to stop drunk drivers from operating their vehicles. But just how can this innovative technology stop dangerous motorists from committing risky behavior?

Volvo previously announced that it aimed to cut the number of road deaths in its vehicles to zero. Volvo has, therefore, come up with several ways to do this, including limiting the speed of their vehicles to 112 mph and launching their On-Call technology. The On-Call technology Volvo will install in their vehicles will involve multiple in-car cameras and sensors being strategically placed in the interior of the car so that the driver’s behavior and reactions can be monitored at all times. In particular, the technology will look out for signs that the driver is intoxicated or distracted behind the wheel. It will also be programmed to identify indicators that action needs to be taken, including erratic driving behavior, weaving, slow reaction times, and closed eyes.

When the in-car technology identifies any of these issues, the vehicle will autonomously take one of several different actions. At first, it will send a series of warnings to the driver to encourage them to pay full attention to the road. Volvo’s On-Call technology will also allow Volvo advisors to make direct verbal contact with the driver. Their aim will be to check that the driver is okay, inform them that they are driving in a way that is unsafe, and encourage them to safely park up. If these warnings fail to correct the driver’s behavior behind the wheel, then the car will automatically slow down or pull over in a safe spot, in a bid to prevent a serious incident from occurring. 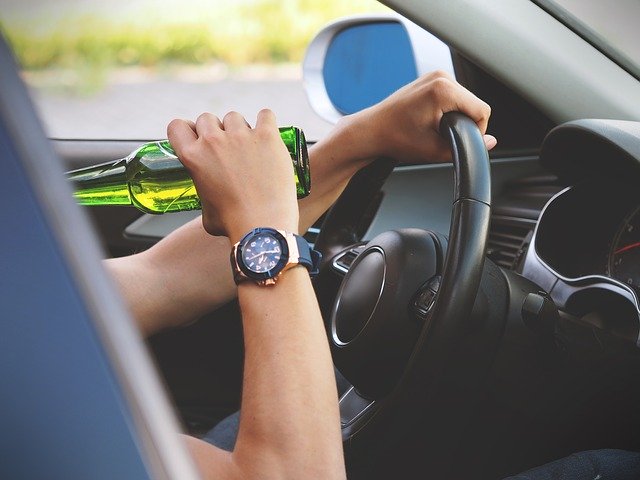 It’s important to note that when drunk drivers get behind the wheel, they’re not just putting their lives at risk, but also other drivers and innocent pedestrians. Pedestrian deaths and injuries have grown significantly in recent years and, in many cases, they’ve done nothing wrong other than being in the wrong place at the wrong time. When a pedestrian has been injured as a result of a drunk driver, a pedestrian accident lawyer can assist with completing the claim and dealing with compensation. While this is reassuring for injured pedestrians, Volvo hopes that, in time, no one will be hurt due to individuals drinking and driving. “We want to ensure that people are not put in danger as a result of intoxication,” Volvo’s Trent Victor stated, following the reveal of the brand’s On-Call technology.

The Future of Drink-Driving Technology

Volvo plans to unveil its On-Call drink driving technology later in 2020, but they’re not the only ones hoping to clamp down on the nation’s drunk drivers. Last year, senators in Florida and New Mexico revealed that they planned to introduce legislation that would allow technology to be installed in all vehicles to prevent drunk drivers from being able to turn the engine of the cars on. Meanwhile, Reuters reports that gadgets planted into the steering wheel of a vehicle will use infrared lights to determine whether a driver is over the limit and to stop the vehicle from starting if they are.

Will this Technology Work?

Although Volvo hasn’t yet offered up any evidence to confirm that their On-Call drink driving technology will cut road accidents and stop motorists from driving while drunk, there is information available that suggests it could be highly effective. Statistics from The Zebra reveal that 22.3% of people believe they are fit to drive after having 3 to 4 alcoholic drinks, while a further 9.4% say they would still drive after consuming between 5 and 6 alcoholic drinks. These figures clearly show that a large number of people underestimate the effect that alcohol has on their ability to drive. Volvo’s technology and similar tech to it could, therefore, make motorists more aware of their actions, and either persuade them to drink less in the future when they plan to drive or to arrange alternative transport home after a night out.

Drink driving is a big problem in America. Thankfully, Volvo’s new state-of-the-art technology promises to cut the number of accidents caused by motorists that drive when they’re over the limit. Not only that, but this innovative technology is sure to encourage other automakers to adopt similar in-car gadgets, thus making the nation’s roads safer as a whole.

How Is 3D Printing Revolutionizing the Automotive Industry?