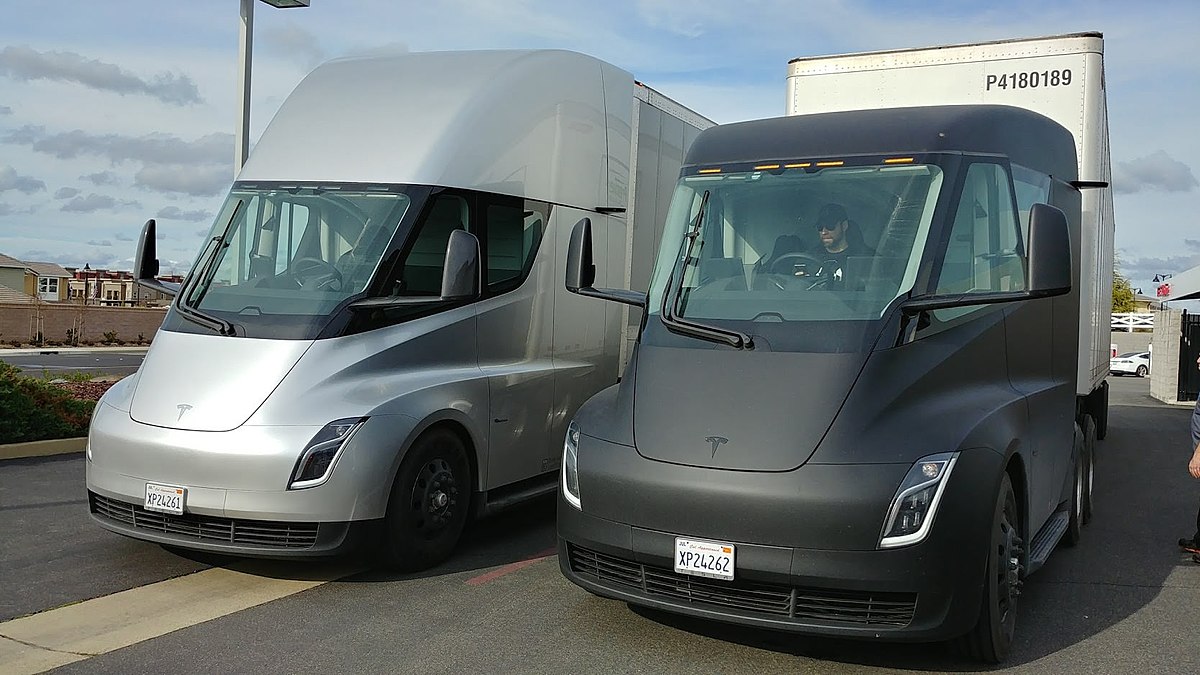 Who is Buying Tesla Semi-Trucks and Why?

It’s been several months since the founder and CEO of both SpaceX and Tesla, Inc. introduced the prototype of the first electric Tesla semi-truck. And what better way to market the trucks than by driving them across the country and stopping off at the headquarters of some of the companies that have placed orders to let them take one for a test drive?

One way to tell that Tesla’s electric semi-trucks are poised to be a big bang in the industry is with the well-timed announcement by a small Florida-based company, City Furniture, which placed an order for five semi-trucks on Earth Day.

How Much Do Tesla Trucks Costs & Who’s Buying Them?

It took several months to get the costs for these new electric semi-trucks, but we finally got the figures. The 300-mile semi-truck version will cost $150,000; while the 500-mile range truck version will costs $180,000. We knew they’d be more than their diesel predecessors, but Musk says the investment will be recouped in customer savings on operational and maintenance costs, as well as fuel savings.

According to Electrek, the news source committed to tracking the transition from fossil fuel transportation to electric, here’s a list of some of the companies that have already placed orders for Tesla’s electric semi-trucks:

Why Are Companies Buying Up Tesla’s Electric Semi-Trucks?

Even though the Tesla won’t begin production on its semi-trucks until 2019, the company has already racked up an impressive order sheet of some of the top brands in the trucking industry. But what is really driving these companies to buy these environmentally-friendly products? Well, let’s take a look at one of the biggest shippers in the industry – FedEx, which has purchased 20 semi-trucks so far.

“FedEx has a long history of innovation and incorporating sustainability efforts throughout its global network,” said Mike Ducker, FedEx Freight president and CEO. “Our investment in these trucks is part of our commitment to improving road safety while also reducing our environmental impact.

Tesla semi-trucks will also come standard equipped with an Enhanced Autopilot System, which includes self-driving technology to keep the trucks within their lanes, make turns, and an adaptive cruise control system that will keep pace with traffic. This is currently the biggest flashpoint for liability, explains Truck Accident attorney Dan Brown of Brown & Brown Law firm located in St. Louis. “We’re still seeing catastrophic collisions with vehicles loaded with self-driving technology. There’s still a lot of proof of concept ongoing that needs to take place to work out and fix any deficiencies.”

In addition to the autonomous features and lack of reliance on fossil fuels, Musk estimates that his Tesla semi-trucks will save companies well over six figures over the life-span of each truck. Surprisingly, the Tesla semi also has faster and more robust hauling power than conventional diesel trucks. Its Class 8 (80,000 lbs. cargo) long-hauler can go from 0 to 60 m.p.h. in just 20 seconds; whereas a conventional diesel semi-truck takes nearly a full minute or more to get up to 60 m.p.h.

Tesla semi-trucks will recharge using high-speed, solar-powered “megachargers” that will be placed along trucking routes. These megachargers can recharge the semi-trucks’ battery packs in just 30 minutes. Besides having super-sleek bullet-shaped, aerodynamic designs, they will be fitted with impact resistant windshields. The windshields should also save on operating expenses, since semi-trucks have windshields replaced an average of once a year.

The full extent of the success of these innovative electric trucks, of course, won’t be known until they are put into service.

4 Most Common Reasons That Your Car Needs Repairs

Benefits of Cleaning Your Intake System