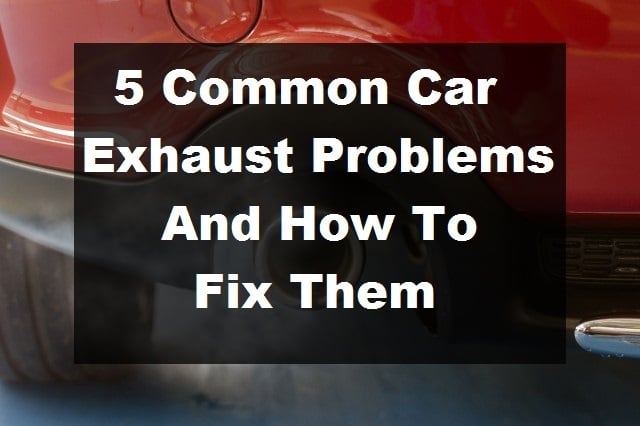 5 Common Car Exhaust Problems and How to Fix Them

The exhaust system has a big job. When it’s not functioning as it should, it could affect the environment, the performance of your car, and even its safe operation. In the event of damage, you could have excess noise or even cause carbon monoxide to leak back into the car. It could eventually affect performance or cause damage to other systems if it isn’t properly resolved. Fortunately, most of the problems that occur are relatively common and easy to fix.

Whether you’re dealing with a stock model or performance exhausts, you’ll want to watch out for items like those listed below.

If the back of the car gets loud or you hear rattling and shaking from under the vehicle when you accelerate, there might be an issue with your exhaust. Whether it’s a broken bracket, a hole in a pipe or the muffler, or another issue, noise is never a good sign and should always be promptly investigated to ensure that it’s not something serious.

Smells are always a sign of something bad. In the case of exhaust issues, you’ll probably smell exhaust fumes or a sweet smell. Either way, if it smells unusual or there’s a new smell that you don’t recognize, make sure that you check it out immediately. Smells are usually a sign that there’s a leak in the system.

Vibrations and occasional power loss could also be a sign of exhaust issues. The exhaust has a huge impact on performance, so if it isn’t working properly, the entire car will be affected. A clogged exhaust could cause total engine failure, for example.

If the check engine light is on, it could be a sign of an exhaust issue like the oxygen sensor failing. Several things can trigger this light, so you’ll want to run a diagnostic scan. Of course, if the light comes on in addition to any of the other symptoms here, you can probably make a good leap to the answer. Be sure to get the light checked and the issue repaired immediately, whether it’s the exhaust or anything else. 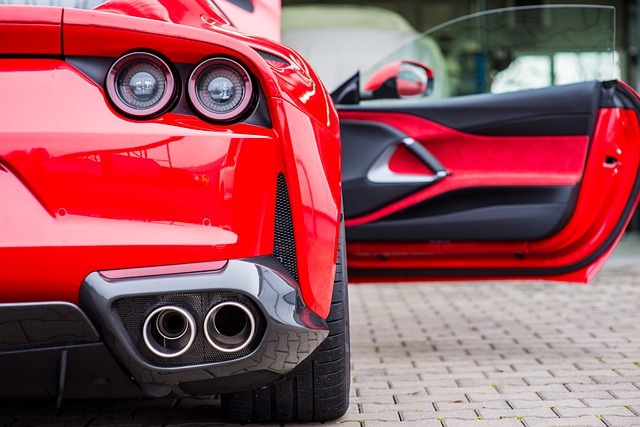 The exhaust gets a lot of exposure to the elements. As such, even the best-made materials can succumb to rust eventually. This is usually not totally preventable, but it is something that you can stave off with proper care. Store your car out of the elements and make sure that you hose off the undercarriage regularly, especially if you drive on road salt or highways that kick up a lot of dirt and dust.

All of these exhaust problems start with the same first step to repair: get underneath the car or take it to a professional who can find out what’s really going on. If you’ve rusted a c-clamp, that’s an easy fix. If, however, the entire system is clogged, you might need a full replacement. It has to be looked at. If you do your own work, get it in the garage as soon as possible. The longer you drive with suspected exhaust problems, the worse the damage could be.

You can always upgrade to an aftermarket performance exhaust to get more out of your system. Since you’re probably replacing at least part of it anyway, it makes sense to put in something better. When you choose a performance model, you’ll also get better power in addition to a part that is more durable than the average exhaust. Performance exhausts aren’t infallible, but they can certainly make a great upgrade and they hold up a lot better than the average OEM part.

5 Traits of a Trustworthy Car Dealership

4 Most Common Reasons That Your Car Needs Repairs

Benefits of Cleaning Your Intake System