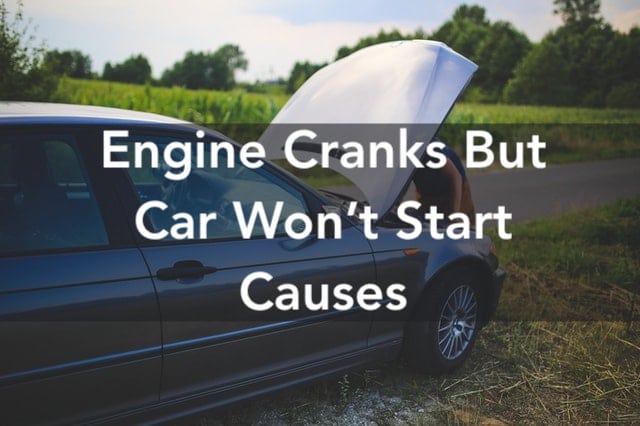 When your car doesn’t start, it can be more than a little frustrating. Whether you’re on your way to work, or just trying to go to the store, if your car doesn't work you know you’re in for trouble! But what are the main reasons why your engine cranks but the car won’t start?

The primary reasons that the engine cranks but your car won’t start are issues with compression, lack of spark, as well as low fuel flow and power problems. There can also be issues with newer cars and their electronics. Including bad sensors and security system flaws. Fuel and ignition issues are going to be the most common reasons why your engine cranks but the car won’t start.

When an engine begins to break down, it can be a lot of trouble. Not to mention a lot of money before it can be fixed.

Let’s take a closer look at the top reasons why your car isn’t starting. As well as how to trouble shoot the issues! After all, if your engine cranks but the car won’t start, there is still time to fix the problem before you have to completely replace the engine!

One of the most common issues when your engine begins to turn over, but still won’t start is the lack of spark. No spark can happen when there is damage to the spark plug, there is a faulty crank position sensor. As well as if the engine is flooded or a problem with the ignition circuit. However, it could be a number of things within the ignition system.

The spark plug, as well as the ignition switch, can often be the most problematic parts of the ignition process. First, you will need to check the spark plug to see if it is still functioning properly.

Here are the steps to checking your spark plug:

Once you have tested the spark plug, as well as cleaned it and allowed it to dry, you can return it to your vehicle. If you have replaced it and your engine cranks and starts, even for a second, then you know that it isn’t the spark plug! No need to sell your car for cash right out the gates.

However, you'll need to keep looking for the problem of why your engine cranks but the car won’t start. 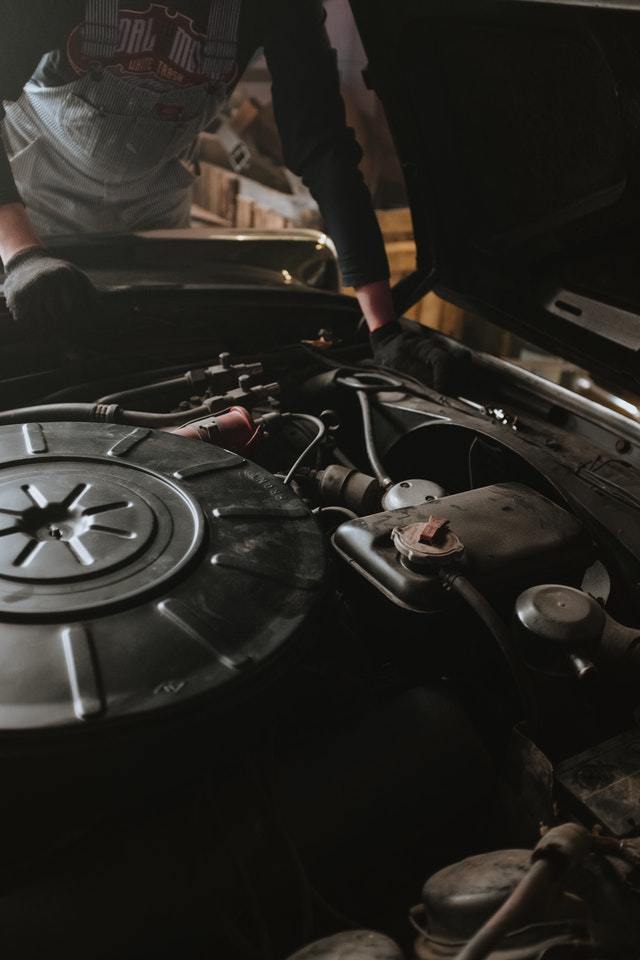 In most engines, every cylinder requires a certain amount of compression in order to function properly. The very fine line between too much or too little can make all the difference. Therefore, if your engine does not have an accurate compression ratio, your engine will not work!

First, you will need to test your compression by using a compression gauge, or a tester. This allows you to see if you have low compression issues. A test can be done by a professional mechanic. Not to mention at home if you have the proper tools. If there is low compression, then you can have a mechanic perform a lead down test to see where the leak is occurring.

Loose timing belts, as well as chains and even snapped overhead camshafts can all cause compression issues. All in all, it can be a very simple fix. That is if it is caught early and there isn’t damage done to other parts of the engine. After all, head gasket repair and broken piston rings aren’t cheap.

Lack of Power So Engine Cranks But Car Won't Start

Another reason why your engine cranks but the car won’t start could be the power supply. A weak, or corroded battery can make it so there isn’t enough juice to turn the engine completely. Meaning the whole of the ignition system won’t work!

Checking your battery is one of the easiest ways to figure our why your engine cranks but the car won’t start. You can easily check to see if the battery is connected properly. As well as test the amount of voltage coming out of it! If you have a multimeter at home, then you can see if your batter is showing over ten volts. If not, it may be time to replace your car battery!

Replacing a car battery isn’t the cheapest, but it is one of the easiest ways to get your car up and running again. This type of engine repair is quick, and can be done at home with minimal instructions. Be certain to check your owner’s manual to see what type of battery is needed. Not only that, but also research how to carefully replace the battery in your car.

Issues with the fuel flow may also be another reason why your car engine won’t turn over. This can stem from any number of issues along the fuel line. Including a damaged fuel pump, contamination in the fuel tank, a clogged fuel filter, as well as a faulty injector. Not to mention, you could simply have a bad fuel gauge and your car is running on empty!

First things first, make sure your car has gas in it! If there is fuel, and there is no fuel pressure, then you can simply listen for a buzz.

That’s right, turn your key in the ignition and listen for the fuel pump. If there isn’t a buzz shortly after you try to start, then it could be a problem with the fuel pump, as well as fuel pressure in your engine. Newer vehicles won’t have an active “buzz” for the fuel pump, so keep that in mind if you’ve got a new car.

You can have a professional check to see if the fuel injectors are firing as well. This can be an easy task, but will determine if your fuel flow is somehow damaged. 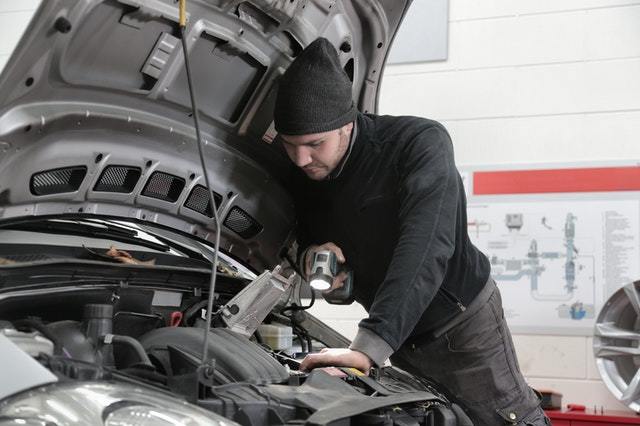 The newest and best cars in 2020 and beyond have more and more advanced technology. However, if those tech components are not communicating properly, then your car may not start! If your car has fuel, the spark plug works, the battery has voltage, as well as the compression running at proper ratios, it may be your tech!

Because in car computers control and monitor sensors and actuators throughout the vehicle, it can sometimes be as easy as a simple system reboot to get your car running again.

Have your car’s computer scanned for issues with codes or pending codes with sensors. For instance, there may be a lack of input from the crankshaft position sensor and it is causing the engine to not start!

Not only that, but your security system could also be the problem. If a modern vehicle’s security system initiates the immobilizing, anti-theft system, then that could be why your car isn’t starting. It is simply a case of the chip in your key failing, or there is and error and it activated the security system in your car!

Take your car into a mechanic in order to have them check your system for any of these computer issues. It could be an incomplete code, or a sensor not working properly that is causing your engine to crank but the car won’t start!

Finding Out Why Your Engine Cranks but Car Won’t Start is Easy!

Sure, it’s pretty frustrating in the moment to have your car not start. A large variety of issues and prices ranges race through your mind. However, finding out why your engine cranks but car won’t start can be super easy!

The primary causes for your car not turning over are going to be your power supply, compression, as well as ignition and fuel systems. Other issues can be with modern technology messing up your sensors or security. However, it's easy to troubleshoot these common issues and soon find a way to fix your car!

Whatever the issue may be, you’ve now got the tools to not only help yourself find the issue, but also troubleshoot some of them as well! All things considered, you can always take your car in to a professional if you’re not comfortable cleaning a spark plug, or checking a fuel injector yourself! This articles tells you how to find some of the most common reasons why your engine cranks but your car won’t start. Now all you have to do is fix it!

Should You Repair or Sell Your Damaged Car?

Front-End Alignment: Why You Need To Get It Done?

As a freelance writer, I have been creating content and writing blogs for over a decade. Not only do I love writing about cars, but I also have experience in many other fields. I have been a guest writer on many popular blogs, as well as ghostwritten novels. When I’m not writing, you can find me with my family, reading a book, or working on an art project.

Trending Posts
Most Popular Posts
Reviews
8 Ford Car Maintenance Tips for Women 0 comments
Avert the Common Mistakes If You’ve Faced a Semi-truck Accident – Know What to Do 0 comments
What to Do If Your Car Insurance Claim Gets Denied 0 comments
What to Do After a Car Accident 0 comments
What are the Advantages of a Subaru Car, and What Distinguishes it from Other Cars? 0 comments
5 Best Trailer Brake Controllers In 2022 6 comments
4 Best Body Fillers In 2022 5 comments
Best RV Wax For Fiberglass (Updated 2022) 3 comments
3 Best Car Wash Soaps For Black Cars In 2022 2 comments
How to Hook Up a Second Battery for Car Audio 1 comments
Nissan Sentra 2022 Review October 28, 2021
Chevy Malibu 2021 Review October 14, 2021
3 Best Clear Coat Spray Paints In 2022 October 7, 2021
4 Best Body Fillers In 2022 September 27, 2021
3 Best Headliner Adhesives In 2022 September 26, 2021