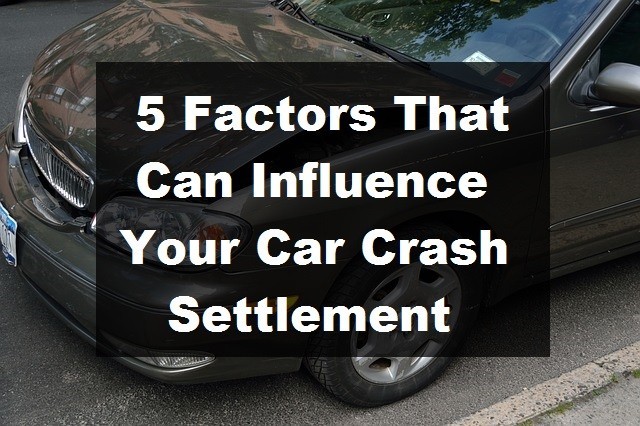 5 Factors That Can Influence Your Car Crash Settlement

When you get in a car wreck, one of the first things that will happen is you’ll have to determine whose fault it was. That matters a great deal. Once you figure that out, you can decide whose insurance pays for the damage.

Whether you’re going to take a financial hit or not depends on whether you’re at fault and whether you have the proper insurance. Most states mandate that you have minimum insurance amounts, or else you should not be driving.

Let’s look at factors that determine your car crash settlement. For this article, we’ll take the position that the crash was the other driver’s fault.

In most states, you need minimum liability coverage. For instance, in California, you need to have $5,000 in property damage coverage, which includes objects that you hit during the accident. You also might need to have:

Assuming that the other driver hadn’t been drinking or was otherwise intoxicated, and they simply disobeyed a traffic law, you should be able to collect from their insurance, if they have the proper amount. However, you can only collect up to their policy limit.

If you have expenses over that policy limit, then you may have to bring further legal action against the other driver to collect.

Let’s say that the other driver did have the right amount of insurance the state dictated. However, it was a devastating accident, and the insurance didn’t cover all the damages. You will then have to start formal litigation against the other driver.

You’re looking to collect damages that will cover things like:

How much you can collect will depend on how convincing your case is. If you can demonstrate that you can’t work and that you’re not able to do many of the things that you once enjoyed, then the court should find in your favor, and you might get a significant settlement.

The Other Driver’s Background

It’s not helpful to you if the other driver is a real Boy Scout. If your lawyer digs into their background and finds out that this other driver spends all their free time volunteering in soup kitchens, that means they don’t have a malicious character.

However, if you find out that they’ve been responsible for many car accidents in the past, then that points toward a reckless behavior pattern. Maybe your lawyer’s investigator finds out that this person likes to text and drive, or drink and drive.

If so, that criminal history can work against them. You may be able to look for a bigger settlement. You’re not trying to be greedy and bankrupt the other driver. You’re just trying to get back reasonable compensation for what happened.

What You Said About the Crash 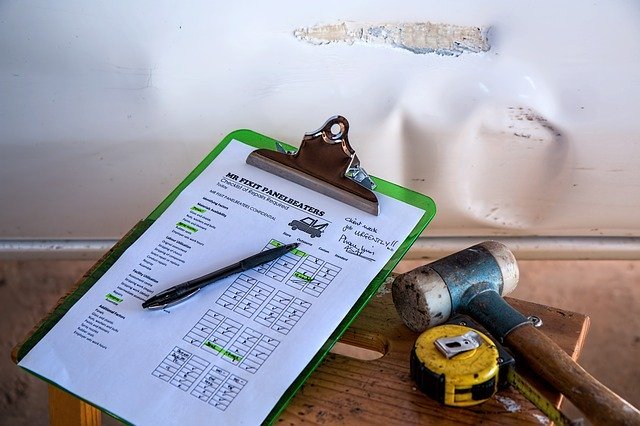 Another factor that could come into play is what you said about the crash when it occurred and afterward. You might have made statements about what took place to first responders. Those might be:

The other driver’s lawyer might call on those individuals as witnesses if there’s a trial. If you made inconsistent statements about what happened, then that can work against you.

Those statements might cast doubt on what you said happened. You might have to look for a smaller settlement if you said anything untrue or embellished what took place.

If you had any preexisting medical conditions, and the crash made them worse, then the other driver’s lawyer might try to contest that. They might call medical experts who will question that you’re in the condition you’re in now because of the accident.

You can counter with medical records that show the damage, like X-rays and MRI results. However, if there’s any doubt, that’s another factor that might lead to you getting less money.

A car crash trial’s outcome could mean a significant financial swing, either in your favor or against you. That’s why you need to get excellent representation and not try to handle the proceedings yourself.

With this much cash on the line, it’s not hyperbole to say that your financial future is at stake. Even if you did nothing wrong, you need to collect the money you feel you’re due.

Otherwise, you’ll be stuck relying on your savings and insurance to cover the various costs as you try to recover and put your life back together.

Trending Posts
Most Popular Posts
Reviews
8 Ford Car Maintenance Tips for Women 0 comments
Avert the Common Mistakes If You’ve Faced a Semi-truck Accident – Know What to Do 0 comments
What to Do If Your Car Insurance Claim Gets Denied 0 comments
What to Do After a Car Accident 0 comments
What are the Advantages of a Subaru Car, and What Distinguishes it from Other Cars? 0 comments
5 Best Trailer Brake Controllers In 2022 6 comments
4 Best Body Fillers In 2022 5 comments
Best RV Wax For Fiberglass (Updated 2022) 3 comments
3 Best Car Wash Soaps For Black Cars In 2022 2 comments
How to Hook Up a Second Battery for Car Audio 1 comments
Nissan Sentra 2022 Review October 28, 2021
Chevy Malibu 2021 Review October 14, 2021
3 Best Clear Coat Spray Paints In 2022 October 7, 2021
4 Best Body Fillers In 2022 September 27, 2021
3 Best Headliner Adhesives In 2022 September 26, 2021