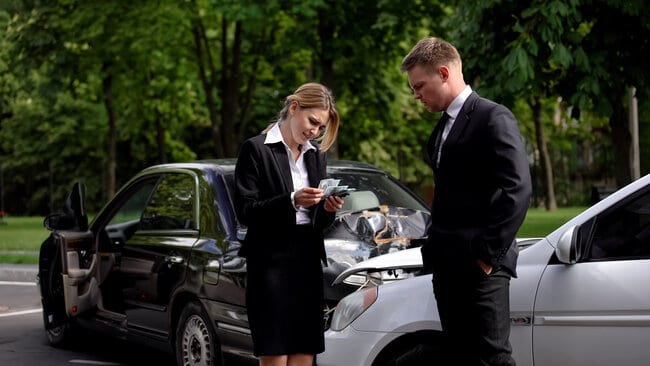 4 Things To Know When Settling A Car Accident Claim

After a car accident, staying rational would be almost impossible. You tend to forget many things, such as asking the other party for contact information or taking notes about the accident, which is understandable. After all, your number one priority is to ensure you’re safe and sound.

However, remember that you always have the right to file a car accident claim, even if it’s a minor accident. While filing the claim is a walk in the park, settling it is the opposite. Rather, it’s a time-consuming process that often involves numerous steps. Furthermore, the at-fault party’s insurance company tends to make it harder for the victim, which, in this case, is you. One particular tactic that works very well on beginners is getting the victim to sign the settlement while they’re still unaware of how these things work.

For that reason, having even a bit of knowledge with settlements can go a long way in helping you receive a fair amount of compensation. That said, here are several things you need to know when settling a car accident claim:

Most car accidents only involve two parties: the party at fault and the party that was simply entangled in the incident, which, in this case, is you. There are, however, instances wherein multiple vehicles and drivers were involved in the accident; hence, the process of settling the car accident claim will differ accordingly. For instance, you might’ve been involved in a car accident caused by the negligence of two drivers. The good news is that it’s possible to sue both parties, which means you’ll receive higher compensation when you win the case.

However, it’s worth noting that when you finally settle a car accident claim, you’re practically wavering your rights to take legal action against all parties involved. So, even if you’ve only received compensation from one party, you can no longer take legal action against other parties, regardless of whether you have evidence that they’re at fault or not. Thus, you might want to consider investigating the accident in more detail since there’s a chance you’re unaware of another party that may have contributed to the accident.

2. You Can’t Take Back A Signature

One of the many mistakes to avoid after a car accident is to sign the agreement as soon as you’re given the contract. This is mainly because you can’t take back your signature once you’ve given it for the sake of settlement. This would mean that if it turns out that your injuries are worse than you initially thought, you can no longer take further legal action against the insurance company, nor can you change the settlement amount. As such, it would be in your best interest if you avoid signing an agreement soon after the accident.

3. You Have The Right To Negotiate The Settlement Amount

If this is your first time getting into a car accident, you’re bound to make several mistakes when settling the car accident claim. For one, you’re probably not sure whether you can negotiate with the at-fault party’s insurance company. This often leads to you agreeing to their terms, which is most likely a very low amount, considering the damage the accident has done.

However, you should remember that the initial amount isn’t the final offer, and you can increase the amount if you know the value of your claim. More often than not, you can snowball the settlement amount by providing the following information to the insurance company:

There are other factors that may contribute to the settlement amount, such as pain and suffering, but those factors are often very difficult to quantify. As such, hiring a lawyer is always a good idea as they can help you know the value of your claim and capitalize on your injuries.

4. Insurance Companies May Try To Trick You

Although not every company pulls it off, certain insurance companies may try to trick you in many ways. One way is by pressuring you to agree to their terms, which often ends with a low settlement amount, as previously said. But, they won’t stop at that. They may also try the following tactics to force you to drop charges or lower your demand:

These tricks may lead to a low settlement amount, or, worse, they can even force you to drop your claim, which can be pretty devastating as it leaves you with a lot of medical bills.

Insurance companies often take action based on their best interests, so it’s only natural for them to avoid responsibility for accidents caused by their insurers. However, some insurance companies are very agreeable. If you’re lucky, you might end up going against such companies. In such a case, you can settle the car accident claim quickly and on a good note.