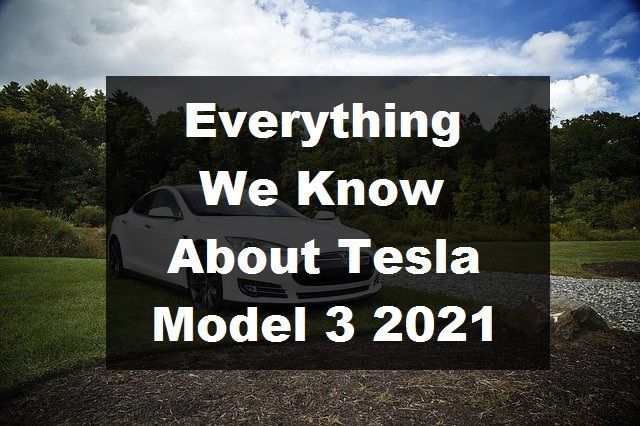 Everything We Know About Tesla Model 3 2022

The 3 sedan is still unsurprisingly the cheapest offering from Tesla but there is a lot more to it now. Staying on the price, the 250-mile version will now start at a price tag of $40,000 while the higher-performing and long-range versions retail at $50,000 onwards.

As the cheapest EV wearing the Tesla badge, Model 3 is undoubtedly the most popular offering from the American EV brand. According to statistics, it was actually the most popular electric vehicle in 2019-2020. The car has single-handedly changed the landscape of the EV movement in the American markets and is constantly masking strides to expand across the globe. There are no over the top upgrades to the Model 3 as of now. The company has not announced any official changes to date for the 2021 model year and it still is a part of the first generation. That being said, Tesla is always subtle with their updates.

Almost all of their updates are performed over-the-air. Therefore, it is hard to speculate what exactly will be the updates be about in 2021. It hasn’t stopped Tesla fans to cook up some rumors though and there are plenty of them flying around. Some rumors say that the Model 3 might get a new battery pack that will have increments to the performance and range of the sedan. Then there are others who say about changes in the autopilot system. According to that, the Autopilot system may now have an added feature to start and stop at traffic lights while the feature is on. However, people will only get to know about the features as time progresses, and right now what upgrades we might see are now anyone’s guess.

Read: Should You Buy An Electric Car?

Looking at the current Tesla Model 3 might help with that. Model 3 essentially has the same size as that of a BMW 3-series. But the four-door EV is evidently more future-forward with its approach. A lot of the styling cues in this car are inspired by its elder sibling the Model S. The way the car is designed, it looks like a heavily modified version of the Model S at first. Subtle character line, a sloping panoramic glass roof, LED tail lamps, and sporty alloy wheels give it a futuristic distinction out on the road and have certainly a lot of street presence. 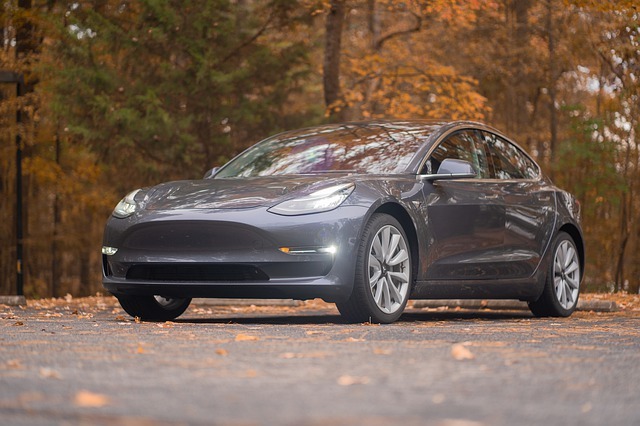 The interiors are clean and minimalistic. That being said, there is nothing minimalistic about the infotainment system inside the cabin though. There is a dual-tone theme in the interiors and you can’t miss the 15-inch landscape touchscreen. The infotainment unit is larger than many peoples’ laptops. The giant touchscreen not only offers you useful information and navigation but you can even stream YouTube, Netflix, and play arcade games on the touchscreen. The dash and rest of the interiors integrate well with it and make the interiors look suave and classy. Though the controls do get some quirky sometimes, the variety and array of technology this car possesses is unlike any other vehicle and therefore is beyond comparison.

The car has a boastful and effortlessly quick acceleration for a car. Tesla retails the car in both rear-wheel drive and all-wheel-drive configurations. Also, the car is available with multiple battery configurations, with the minimum range for a trim is 200 miles on a single charge. The long-range trims can go up to 322 miles. Any version you get, the range the 3 sedans have is more than any other EV in the market. However, the highway range in real life isn’t as amazing as claimed by Tesla so be aware of that on those interstate highway jaunts.

The 2021 Model 3 is also expected to get the same powertrain as the 2020 model year which isn’t bad as the powertrain really doesn't make you complain for any reason. Any rumors about the battery are not confirmed so only time will tell what Tesla is going to do with them. Even if they don’t change the battery pack, changes to the range and performance are expected.

Tesla keeps the trim ladder really simple with the Model 3. Interestingly, there are 3 trims in total on offer and they offer exactly what they are named as.

Kicking things off is the Standard Range Plus trim which serves as the base trim version of the Model 3 sedan. The trim starts at about $40,000 has a range of 250 miles. The maximum speed you can go with this car is 140 mph and it takes 5.3 seconds to reach 60 mph from a standstill.

Model 3 is the cheapest and most sensible offering of everything Tesla wants you to have in an accessible package. Though the car made some serious distinction for itself in 2020, earning a Top-rated status for Luxury EVs in 2020, the build quality on the exterior has not been very impressive in this car and this might be an area worth looking into in the 2021 ‘update’. Yes, the updates with Tesla cars are always subtle as Tesla keeps on updating its models through software updates over the air but we still saw some noticeable changes in 2020. Those added features include a lane-keeping assist system and the Autopilot capability. The latter is just Tesla’s way of naming its autonomous driving feature to the car. Nevertheless, the 2021 Tesla Model 3 is bound to be exciting.

Which Type Floor Mats is Right for Your Tesla Model 3?