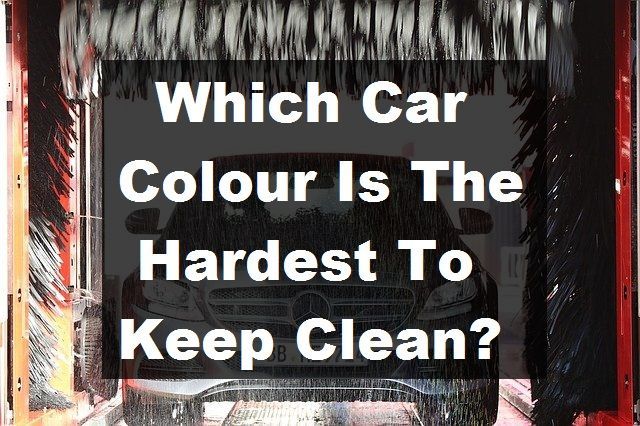 Which Car Colour Is The Hardest To Keep Clean?

Car cleaning isn’t everyone’s favourite past time, so why not be one step ahead on your next car purchase and choose a colour of car that is easier to care for.

In this guide, we’ll share some of the most popular car colours and discuss how easy or hard they are to keep clean.

According to autoadviser, there are more black cars on the roads than any other colour, so you’d think they must be easy to look after right? Well, that’s where you’d be wrong. Black cars are known for being notoriously difficult to keep clean because dust and dirt is generally a lighter colour so there is a high level of contrast against black which makes it stand out.

Add to this the fact that black cars are more prone to fading due to absorbing more sunlight than any other colour, plus being more likely to be involved in an accident due to difficulties seeing them at night, and you have to wonder how they became so popular.

Right at the other end of the spectrum are white cars, these have grown in popularity over recent years and are consistently in the top five colours globally since the colour was premiumised by manufacturers such as Apple. They also benefit from high resale values.

White cars are also particularly popular in countries that have hotter climates, because unlike black, white reflects the sun away which helps to keep heat out of a vehicle.

These cars are at the opposite end of the greyscale spectrum to black, so as you’d expect they hide dust well and you won’t notice smears after cleaning. However, white cars have other problems that make them hard to keep clean, mainly the fact that mud is very noticeable on a white vehicle.

Grey and silver cars frequent find themselves among the top five car colours. Whether or not you classify grey and silver cars as being variants of the same colour (a much heated debate among car manufacturers), when it comes to ease of cleaning, they are both very similar.

Sitting nicely in the middle of the greyscale spectrum, they don’t show mud as clearly as white cars, nor do they show dust and smears as obviously as black cars. This compromise means they look a lot cleaner than their counterparts.

We spoke to car detailing expert, Louis Osborn who said, “Silver is the easiest colour to keep clean, it isn’t too high or low in colour pigment, so scratches and damage is easily masked, and dirt is only really noticed very close up.”

That being said, it really depends on the shade and finish. You’ll need to strike a fine balance, a lighter shade of grey or silver is easier to keep clean, but not too light that it’s close to white. Something like Volkswagens ‘silver metallic’ will hit the nail on the head.

Red, Blue and Other Colours

Red and blue cars make up the majority of colours outside of the greyscale spectrum. At one point, these were some of the most popular colours, although they’ve fallen out of the top picks in recent years.

These aren’t as easy to keep clean as silver or light grey cars but again, it will depend on the shade, with darker shades being harder to look showroom ready than lighter colours.

If you have an older second hand vehicle, you may find that UV damage is more of an issue than dust or dirt which will oxidise the paint and make it fade. This isn’t such a problem in newer red or blue vehicles which have a good clear coat. 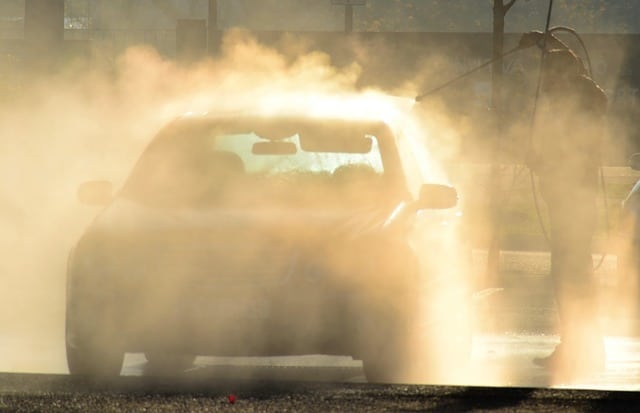 So, Which Car is Hardest to Keep Clean?

Black and other dark coloured cars are the most difficult to keep looking showroom clean. Their high contrast tends to show dust and smears very visibly. But, that hasn’t stopped black from being one of the most popular car colours in the UK, so clearly the pros outweigh the cons.

It is also important to note, that black cars are loved by many and some car owners will only own black cars because of their sleek and stylish charm. So many car consumers do not think about whether a car colour is hard to clean, when purchasing a new car, instead they think of whether they like the colour or which colour is available in their chosen model.

Which Colour Car is Easiest to Keep Clean?

If you’re looking for a vehicle that’s easy to keep clean, then your best bet is silver or light grey which doesn’t have a high or low pigment colour so masks dirt and blemishes very easily.

Paintwork protectors are a good investment for those who own darker colour cars, if a paintwork protector is applied straight after the purchase of a car, the paintwork shouldn’t look as smeary as it would without it and it also acts as a barrier against marks and scratches.

Lastly, microfibre washing and drying towels are also something to consider using when washing a car, this is because the microfibres from the cloths are gentle and they are designed to give a precise clean finish to a wash.

How Is 3D Printing Revolutionizing the Automotive Industry?

Covering Your Car: The Ultimate Reasons