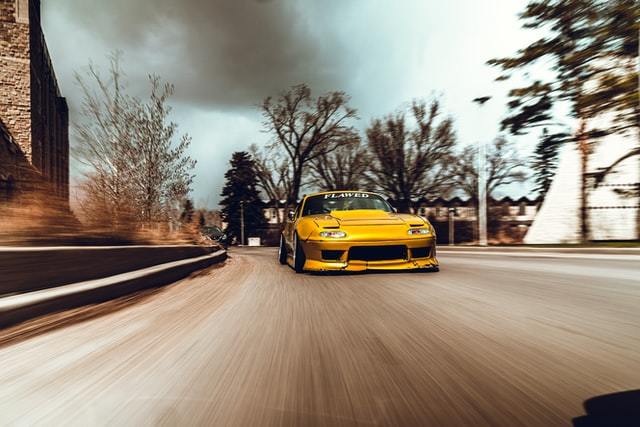 The Mazda MX 5 is an amazing vehicle. It’s incredibly fun to drive, and very rewarding too. It also has one of the best performances that you can even dream of. It won many Car of the Year Awards throughout the decades, and it has been lauded as one of the best vehicles ever made. However, that doesn’t mean that the driving experience can’t be further improved. There are plenty of modifications and accessories that you can install on the Mazda MX 5 that will significantly improve your experience. Some of them might be easier to install than simply changing the MX 5’s brake pads, while some of them can be a bit daunting. In any case, many of these modifications are entirely worth it.

One of the biggest fan favourites when it comes to any and all types of Mazda MX5 parts is suspension upgrades. That’s because stiffening its suspension can cause it to perform better, at least up until a certain point. The good news is that there are a lot of upgrades that you can install that will significantly improve and alter the suspension. If you’re looking for Mazda mx5 parts and accessories that are worth the bang for your buck then you definitely can’t go wrong with a suspension upgrade.

Even though this is a relatively minor modification for your Miata, it can still be very effective. Even if in some circles, it’s considered a cosmetic mod first and foremost, and there are still certain benefits that come with it. Your Miata gets lower to the ground, and unlike coilovers, you won’t have to replace your entire suspension. You might not get a great performance boost as you would get with coilovers, you still get better performance. That’s why it’s absolutely a win-win situation, and why most car enthusiasts lower the Miata’s springs immediately when they get a new MX5.

Speaking of performance upgrades and suspension, coilovers are among the most popular Miata upgrades, period. That’s because there are a lot of obvious reasons for installing them. They are an obvious and significant aesthetic upgrade than the stock one because the Miata will have a lower ride height. They lower the car’s centre of mass, which is very important when it comes to overall performance and handling, especially in corners. If the shock valving and spring rates are correctly matched, you’ll also notice a significantly smoother and more comfortable ride, while at the same time having improved performance. Just make sure that you find compatible coilovers because not all of them are compatible with each generation of Miata.

Sway bars are also among the most popular types of Miata parts, so they see a lot of usage. The first thing you might notice is that in some regions they’re called differently, such as stabilisers or anti-sway bars, and in some cases, roll bars. However, sway bars aren’t actually roll bars, because roll bars protect you in the event of a crash, which sway bars do not. What sway bars actually do is connect the Miata’s suspension to the body of the car, which significantly reduces body roll. The stiffer the sway bar, the less roll will occur on your Miata.

It’s worth pointing out that the Mazda MX5’s stock brakes are decent. They’re usually better than the brakes of a lot of other similar-category cars, but they’re still not perfect as they are. There are quite a few upgrades you can do when it comes to the Miata’s brakes, and like with anything, the price can increase depending on what you want to do. In any case, even a relatively simple upgrade can make a good difference with handling, and on top of that, you’ll have more confidence because you’ll know that you’ll be able to make that next turn.

One of the most important Mazda MX5 spares that you should have in reserve is brake pads. That’s because you’ll need to replace them relatively often as they tend to wear out relatively quickly and become obsolete. If you’re unsure it’s time to visit the MX5 shop to change the pads, what you want to do is to pay attention to the differences in the dust your pads are putting out, as well as the noise they make they make when you’re braking, meaning if they’re squealing.

If you opt to get new and better pads, then you’ll definitely notice that the Miata will stop pretty much immediately and will last significantly longer than cheaper low-quality pads.

This is sometimes a relatively controversial topic because the Miata’s stock wheels are considered great. Some people prefer not to replace them, while others claim that aftermarket wheels are much better. If you prefer to replace the Miata’s wheels, then it’s probably best for the new set of wheels to be as small and light as the original ones. Wheels with a larger diameter and width that are close to the standard wheel weights will definitely improve handling. You can also choose rims based on what you prefer doing, such as racing or daily driving. In any case, most aftermarket Miata wheels are compatible with either all or most Miata generations, so you should be good there.

Interior mods are typically forgotten about, and yet, everyone wants to customise their car’s interior. That’s because comfort is a huge deal when you’re driving, and if you have a car such as the Miata, you most likely enjoy driving, especially for longer periods of time. That’s why the first interior upgrade you should do is a seat upgrade. The cosier, the better. If you’re looking for something that’s specifically for aesthetic purposes, then definitely consider changing the steering wheel, short shifter, and weighted gear knob. They’re typically the most Mazda Miata parts that are changed most often.

Performance Mods for Your Mazda MX5

Here’s where it can get confusing for some. Upgrading your Miata’s performance is rarely an easy and simple thing to do. That’s because you’re most likely going to have to tinker under the hood, and unless you know what you’re doing, it’s always recommended to talk to an Mazda MX5 specialist first. There are plenty of things you can upgrade on the Miata if you’re looking for an upgrade that concerns the car’s horsepower and torque. Upgrades such as replacing the cold air intakes, the exhaust system, or headers, and the like can be complicated, but doable. Just make sure that you know what you’re looking for first, or at least have a decent idea about what you want to upgrade.